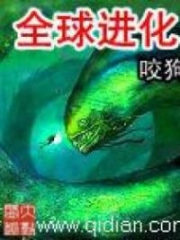 500 million years ago,among single-celled life on Earth , there suddenly began mutations similar to evolution, a variety of gorgeous creatures were born “out of thin air”, all ancestors of today’s species appeared in that short period of time, each species were evolving at lightning speed; billion times faster than today, it was a brilliant era.

Unfortunately, the life of brilliant things are always short, after the brief “Cambrian”, life on Earth entered another 56 million years of evolutionary era at turtle speed. And humans, were also one step faster during the turtle race, and become the leader of life on Earth.

But now — a greater “second age” has come again.

During the lightning speed of evolution, humanity was kicked off of the throne on the food chain in the shortest time possible, and life on Earth, welcomed the second brilliant big bang.

The real end of the world, is no longer brainless zombies or desolate earth, but — the end of mankind, the whole earth’s paradise.