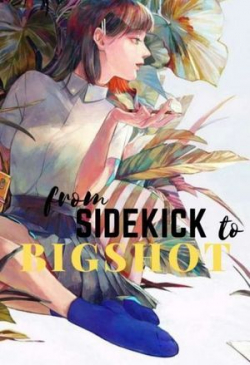 From Sidekick to Bigshot

From Sidekick to Bigshot summary: Previously, Jian Yiling was the supporting character who was destined to be cannon fodder. However now, with the memories of future events, Jian Yiling who had crossed into the novel transformed into a hidden big shot. Not only is Jian Yiling not interested in the male protagonist, but she also leaves the people around her in astonishment and bewilderment.

Originally, her brothers hated her. Now, they were all fiercely protective of her.

“Yiling hasn’t been to distant places. Don’t scam her.”

“Yiling has a weak body. Don’t bully her.”

Everyone else wanted to cry in disbelief. Are you sure that she is cute and easily bullied? Who dares to bully her! When they all thought that the Jian brothers were enough to deal with, there was another one that topped the rest.

Master Sheng: “Yiling is very delicate. She shouldn’t be angered. If you make her angry, I’ll cut you up and make you into a broth!”

Everyone else: “Master Sheng, I think there’s something wrong with your eyes! I recommend you to go to the ophthalmologist!”