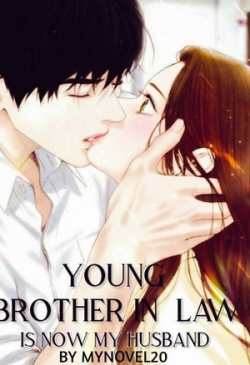 Young Brother-in-law Is Now My Husband

"Shhh! Let me see where that b.a.s.t.a.r.d touched you," he tucked the loose hair strand behind her earlobe, "n.o.body is allowed to touch my wife."

"Dare to say it again and in no time you will see yourself on that bed under me...and I'll make sure, you won't be able to rest for even a single moment, till the morning.”

At the age of twenty, Jiang Yuyan married her love Lu Qiang, an heir to one of the most powerful business families in the capital. Tragically, a few months later, an unfortunate incident cost her husband's life.

A series of unfathomable incidents compelled Jiang Yuyan to marry her brother-in-law Lu Lijun, who's younger than her. Her new marriage meant nothing to her more than just an act to protect the people she cared about.

She planned to leave the Lu family after Lu Lijun became independent and spend the rest of her life with the memories of Lu Qiang which she treasured for all those years, but that turned out to be her wishful thinking.

Her brother-in-law, Lu Lijun, realizes that he is in love with her and wants her to be his wife.

What will unfold when he confessed his feelings to her, knowing that she will never accept him?

Will he be able to make her fall in love with him? Will her heart come alive again?